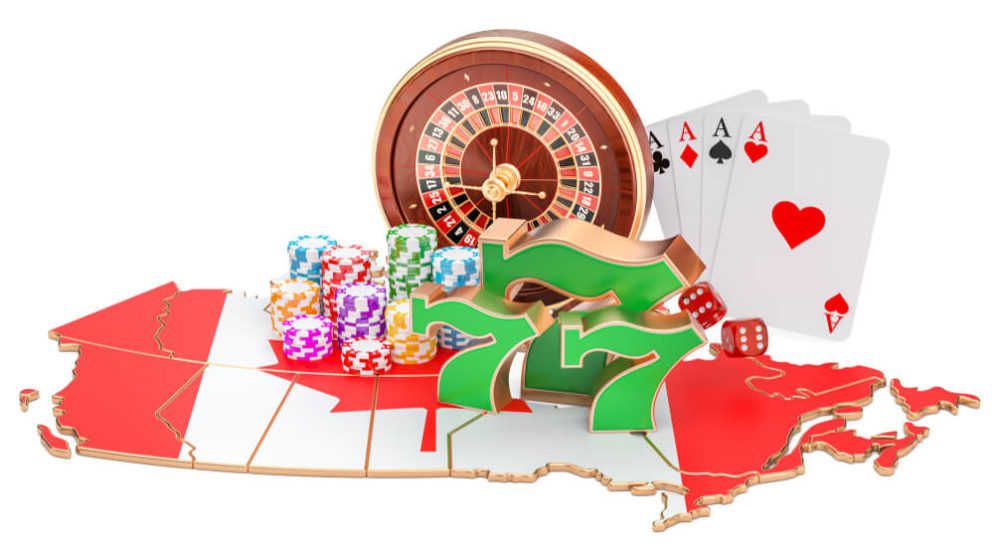 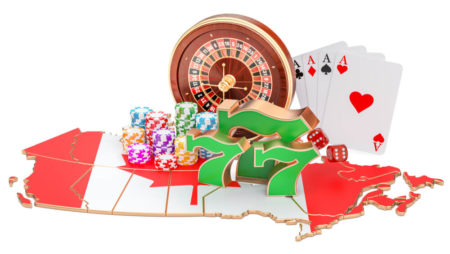 Gambling in Canada is big business and the lawmakers know that which is probably why gambling laws that cover the country are so flexible. Or at least, that may explain why the permitted forms of gambling vary so much depending on where in Canada you are. In this article, we will take a closer look at what those specific laws are, and how each province and territory has different gaming opportunities creating an interesting mix throughout the nation.

A Bit of History On Gambling In Canada

Most forms of gambling were considered illegal in Canada until 1970. That was when only a small percentage of those gambling activities were legalized. That changed in a big way in 1985 when the Federal Government of Canada gave the provinces and territories the right to control gaming activities such as slot machines, charitable gaming, and lotteries. The Canadian Gambling Law falls under several sections of the Criminal Code of Canada. However, enforcement of these laws has been left up to the individual provinces and territories. Although the four sections in the Criminal Code were adjusted to be considered serious offenses in 2010, the gambling laws in Canada are minor in comparison to those in the United States. As for online gambling in Canada, that is a grey area where the law does not consider online gambling illegal, provided the gambling site is licensed to operate in Canada. That has not been enforced much which explains the thousand or so offshore gambling sites that target Canadian gamblers.

What The Criminal Code Spells Out

The four key sections of the Canada Criminal Code that speak to gambling activity are as follows:

This section features a list of offenses, including keeping a common gaming or betting house.

This section focuses primarily on illegal betting, book-making, and pool-selling.

This section deals directly with offenses related to lotteries and other games of chance.

This section outlines cheating at games of chance with the intent to defraud either the customer or house.

As you can see, the Criminal Code of Canada is a document that covers a lot of laws but has left a fair amount of grey areas concerning gambling activities. Plus, depending on interpretation, the grey area either becomes clear or just confuses things further. This is why each province and territory has its gaming commission. These crown corporations serve to follow the Criminal Code but with different interpretations from one province or territory to another. Sound confusing? It actually is. To prove that, let’s look at what each province and territory will allow under the Criminal Code.

Gambling Laws In Each Province and Territory

Here is a breakdown of the gambling laws in each Canadian province and territory:

Over 4% of the Alberta provincial budget comes from gambling revenue, the most of any other province in Canada. Legal forms of gambling in Alberta include horse racing, VLTs (Video Lottery Terminals), sports betting, casinos (there are 25+ in the province), online gambling, lottery, and charitable gaming.

Gambling in Manitoba is under the control of the Liquor and Gaming Authority of Manitoba which includes: online gambling, casinos (a mixture of government-owned and First Nations casinos are in operation), horse racing, lottery, charitable gaming, sports betting, and VLTs.

Gambling options in New Brunswick include VLTs (there are 2,000+ in the province which was the first to introduce them in 1990), casinos (one, located in Moncton), horse racing, online gambling, sports betting, lottery, and charitable gaming.

In Newfoundland and Labrador, there are many gambling options which include: charitable gaming, lottery, horse racing, VLTs (there are 2,000+ at 500 rage-restricted retailers in the province), online gaming, and sports betting.

Residents in Northwest Territories have several gambling options including lottery, casinos (none currently exist, although there is no law prohibiting them), sports betting, and online gambling.

Over 87% of adults living in Nova Scotia gamble and their choices here include Lottery, Charitable gaming, casinos (there are two), horse racing, sports betting, online gambling, and VLTs (over 2,700 in 300+ licensed retailers.

The most populated province in Canada with 82.9% of adults who gamble. Their choices include casinos (25+ government-run and privately-owned), slot machines, horse racing, sports betting, lottery, and charitable gaming.

The Prince Edward Island Lotteries Commission oversees gaming in the smallest province in Canada. The gaming options available include sports betting, lottery, horse racing, VLTs (there are 268 terminals located at 39 sites), charitable games, online gambling, and casinos (just one, but it is a racino).

There are several gaming options in Saskatchewan which include: VLTs (there are 3,991 in 620 locations), charitable gaming, casinos (there are six), lottery, sports betting, online gambling, and horse racing.

With just 34,000 residents, gambling is not a huge draw in the Yukon. However, the gaming options here include charitable gaming, lottery, three-day casinos (permanent casinos are not allowed), sports betting, and online gambling.

Canada is the second-largest country in the world by landmass. It also features a lot of different gambling opportunities, depending on which province or territory you reside in. With solid laws governing all forms of gambling, but laws that are not nearly as strict as those in other parts of the world, Canada is a popular place with an ever-growing gambling culture. Will those laws ever be tightened? Probably not when you consider that doing so would likely go against the polite nature of your average Canadian.