How Video Poker Took Off Online 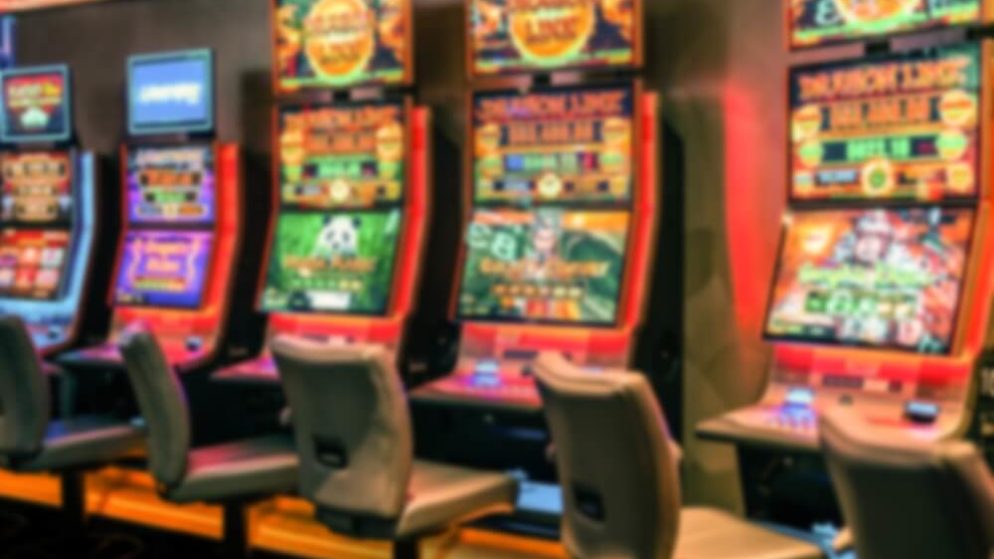 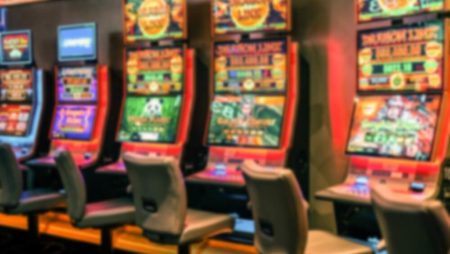 Can you win 800 times more than what you bet on video poker? Also, can you win something that huge while still fresh from a past win?

Poker player Robbie Schiffbauer did just that recently at a Las Vegas casino. It had only been half a year since his EUR€50,000 (USD$48,700) win at the European Poker Tour’s Mystery Bounty event in March, but back home, he struck a USD$400,000 jackpot with a hand worth USD$500. The winning hand: four aces and three of clubs.

For the record, the jackpot’s far from the biggest win. Nevertheless, there are multiple reasons more people are playing stakes in video poker, apart from the potential for a massive payout. This piece will dive deep into video poker: how it works, how it began, how it grew so popular, and how it’ll move forward.

Anyone who’s played enough poker needs no lengthy introduction to video poker. Essentially, it’s a game of five-card draw, one of the most straightforward poker games in a casino console. Video poker is also playable on mobile devices, so there’s no need to be physically in a casino.

As the term implies, a five-card draw involves building the best five-card hand, like Schiffbauer’s winning four-of-a-kind. The winning combinations range from a high card (a Jack or higher) to a royal flush (a Ten, Jack, Queen, King, and Ace, all of the same suit). Moreover, the total payout for each hand depends on the variation of video poker.

Video poker has a few distinct rules from table poker. One such distinction is that, unlike table poker, video poker allows players to discard all five cards on hand for a brand new hand.

A video poker system requires three key elements: a TV screen, a processor, and an algorithm. These will be discussed later, but none of these technologies existed in force before the 1970s. Nevertheless, its predecessors have been around for almost as old as poker itself.

Most experts credit Sitmann & Pitt—a manufacturer of slot machines in Brooklyn, New York—for creating the first mechanical poker system in 1891. Players don’t get to play a hand; the machine decides for them, similar to a slot machine. Whatever they end up with after betting a nickel will determine their payout.

Then came Charles A. Fey—a mechanic from Bavaria, Germany, who settled in San Francisco. Amid efforts to curb the rise of gambling machines in the late 19th century, he improved upon the design of the early poker machine. Ten years later, his Skill Draw would allow players to choose which cards to hold and re-spin the rest to improve their chances of winning.

Fey’s contribution to the evolution of mechanical poker set the five-card draw as the default poker game. Throughout the 20th century, people continued playing poker even in years when gambling was illegal.

The rise of video poker

By the 1970s, aside from legal gambling, the industry finally had the tools to make a video poker machine. TV technology had turned 50 years old, the first processors had entered the market, and computer algorithms were nothing new then. One Mississippi man would put them together and make his mark on gambling history: William Redd.

Redd didn’t earn the title “King of the Slot” (at least to biographer Jack Harpster) for nothing; his success story revolved around these casino staples. But in 1975, eager to explore a new venture, he pitched an idea for video poker to Bally Gaming, where he worked as a distributor at the time.

Needless to say, Bally’s executives weren’t enthused, and it’s hard to blame them. Video poker was an entirely new concept, and introducing it was a huge gamble—no pun intended. After this setback, Redd took his idea to another company, Fortune Coin Company, where it got a warmer reception. After all, the company was already no stranger to making video-based casino games.

In 1979, Redd’s video poker machine made its debut, though it would take two years to take off. Casino goers who found the physical poker table too intimidating leaned toward the machines to win big. They might not be able to bluff a machine, but at least they won’t be up against people who can call their bluff from a mile away.

As with any technological innovation, video poker underwent a series of upgrades during the late 20th century. Its digital nature made its transition to the internet more manageable, with the first online video poker game debuting in 1994.

Crypto betting was another game-changing technology to video poker. In place of a physical or virtual quarter, players can stake their Bitcoin or Ethereum to win tens or hundreds of times their bet. Given the value of a single Bitcoin today, online video poker offers a high payout.

When you combine all these reasons, it’s no surprise that video poker, which you can check out on Stake, exploded in popularity over time. The familiarity of classic poker, combined with an online gaming culture (more on this later), has led to this new casino gaming trend within many online spaces. Stake is one of many online video poker platforms that can offer a unique yet fair gaming experience.

Since Redd’s revolutionary video poker machine over 40 years ago, the video poker industry has grown to a USD$19.7-billion global market. MarketWatch reported that video poker would increase by 13.1% over the next six years. By 2028, its value is forecasted to double to USD$41.29 billion.

The internet’s contribution to video poker’s popularity can’t be understated, particularly during the COVID-induced lockdowns. Two years ago, New Jersey posted a revenue increase of over 90% to USD$3.6 million for March alone. Realizing they couldn’t go to casinos until the case numbers eased, people flocked to online gambling sites for their binges.

Regardless of any ongoing pandemic, video poker remains as well-liked as its table counterpart, if not more. Here are several reasons.

In truth, the number of newcomers to poker largely came from online video poker. PR Newswire reported a massive increase of 225% among first-time poker players during the lockdown. Overall, online poker activity in the same period shot up by 43%.

The lack of a human opponent adds to video poker’s newbie friendliness. Their opponent is the machine, specifically its Random Number Generator (RNG) algorithm. As it says, RNG picks out a random number that signifies a specific card on the deck. While not truly random since it operates on a human-built code, it’s far from being a cheater, as some think.

Early poker machines hinged on pure luck since they lacked the ability for players to control their hands. Anyone who wants to test their poker mettle can only get that by playing against other humans.

That’s still mostly the case among modern poker machines, including video poker. After all, it’s difficult—if not impossible—to cheat a system with a luck-based algorithm at its heart. But since the advent of machines that gave more player control over their cards, video poker has required some skill.

As much as many Americans dislike it, math is one such skill. In online video poker, you can hold on to all your cards or discard all or some of them, giving you 32 possible options. Suddenly, probability and decision-making enter the fray. Based on your hand, do you carry on in hopes of getting a higher payout or cutting your losses?

It’s also safe to say that poker pros who played video poker didn’t wholly rely on luck to win big. Huck Seed, who has won four World Series of Poker gold bracelets since 1994, scored a six-figure win with a royal flush in Las Vegas in 2011. Before the game, he read up on some video poker strategies, giving him an edge of 0.65%.

The RTP rate refers to the amount paid to the player as prize money relative to the betting amount. For instance, American roulette has an RTP rate of 94.74%, so every USD$100 winning wager receives USD$94.74. It may seem you’re losing money, but RTP rates are averages, so winning in American roulette doesn’t always mean you’ll get USD$94.74.

Gambling experts often advise not to get too worked up about finding games with the highest RTP rate. Apart from this calculation, other factors can alter the final payout. In video poker, these factors include the winning hand and the presence of bonus payouts.

A few weeks ago, streaming platform Twitch released a statement stating it would no longer allow gambling streams starting October 18. The decision came following a Twitch streamer admitting to scamming fans out of their money to fuel their gambling binge. However, the statement also said that some forms would still be allowed, including poker.

Twitch Poker is relatively young but has a sizeable following. According to SullyGnome, a third-party Twitch statistics tracker, Twitch Poker’s average viewership between September 4 and October 4, 2022 was nearly 9,000. All streams logged in at almost 70,000 hours and were viewed for over six million hours.

Twitch Poker is home to big names in poker, hence the substantial following. One of these is Jason Somerville, dubbed the “Godfather of Twitch Poker” by some of his fans. Another is Doug Polk, who held the record for the highest poker win on Twitch for five years before being broken by Espen Jorstad last year.

The future of video poker

If video poker’s projected growth over the decade says something, it may be that it isn’t done growing. Crypto betting and Twitch streams are a few of the things video poker machines can integrate. Manufacturers will find ways to include innovations as long as demand remains.

Two years later, Carnegie partnered with Facebook to develop Pluribus, Libratus’s upgraded successor. It went up against five players in the same poker format and won. In both games, the human players were understandably alarmed.

Although these projects weren’t intended to improve video poker algorithms, experts believe they have the potential to do so. Land-based and online casinos can explore machine learning to determine a player’s chances of winning through specific decisions. This tech applies to all casino games, most notably video poker.

Gaming entered a new chapter when the Oculus Rift became available to the public. Since then, VR has become integral to the modern gaming experience, with triple-A game titles enabling immersive play.

You may think VR has no place in video poker unless the mechanics entail hack-and-slash or first-person shooter. However, VR poker games have been around as early as 2018, offering players the opportunity to be in Las Vegas without being there. The technology can also help video poker stay operational in case of another pandemic.

Video poker may not be as prominent as slot machines, but they still have a place in the modern gambling scene. Its appeal to millions of players—first-timers or professionals—boils down to its low entry level and high RTP rate. While luck will remain a constant, skill is nonetheless a factor in winning.

Combined with pro players’ streams, it isn’t surprising that video poker is gaining popularity. It’s a good sign that the game won’t go away anytime soon, not with fascinating next-generation tech close to being widely used.