What You Should Know About Gambling Online In Norway 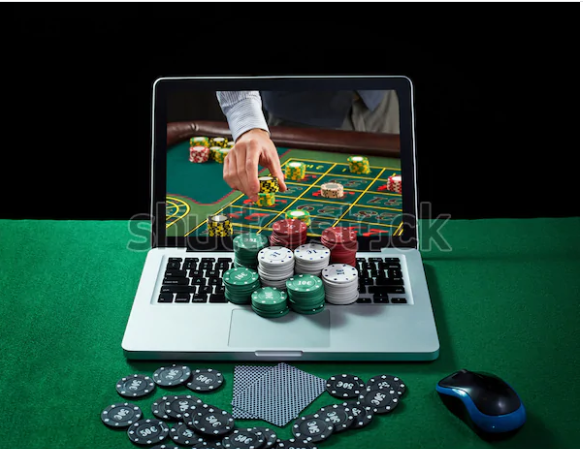 Well, to the average person reading about the laws of gambling in Norway, things look rather bleak. However, that’s how it seems to look on paper. The truth is that gambling is allowed, but happens to be very restricted. For example, there are just two licensed gambling sites in Norway. Comparing them you will quickly discover that they are equal in that the odds are bad, the game selection is bad and the functionality of both sites is also bad. However, it’s not as hopeless as it sounds.

Pretty much any form of gambling has been considered illegal in Norway. Well, at least that’s how it has been for the past century. Add to this that whatever games are “okay” are not only heavily regulated by the government but the only places you would be able to play them is in state-owned facilities. This means that there are no private enterprises, such as casinos or online betting sites which has resulted in a monopoly of sorts for the Norwegian government. But that has changed somewhat over the years.

It was in 1927 when betting on horse races was legalized in Norway. It was the Totalizator Act that established Norsk Riskoto (loosely translates to mean Norse Risk in English) which has become the only operator controlling all horse racing in the country. That arrangement exists today but now includes both offline and online horse race wagering. For Norwegian bettors who like to throw a few Krones at the ponies, they can only do it legally through Norsk Riskoto. But things eventually changed on that front as well.

It was the Gaming Act of 1992 that placed an entity known as Norsk Tipping in place. This body controls just about any other form of gambling you can imagine. This includes lotteries, sports betting, and other games. Once the internet started to show Norwegian bettors that there were possibilities through technology to escape the monopolies, Norsk Tipping became the governing body overseeing online poker. But the internet offered access elsewhere.

That’s true. Norwegians had a new playing field open for them once offshore betting sites figured out that it must have been boring for the average Norwegian to have to play online poker at only one site and one that offered poor odds, poor game selection, and poor functionality. It didn’t take the Government of Norway long to see what was happening and in 2008, they made it illegal for residents to access and gamble at foreign online betting sites.

However, that hasn’t slowed down the amount of traffic from Norway heading over to offshore online betting sites. Why is this happening if the Norwegian government has said it is not legal and has laws in place to support that? Well, that’s an easy one to answer. The Norwegian government is not enforcing those laws. If they were, this would be a very different (and somewhat shorter) article.

2 – The Reality of Online Gaming In Norway

Okay, now that you have a better understanding of the history of gambling in Norway and that there is most definitely a monopoly in place, Norwegians have found a way to get their regular wagering fixes elsewhere. Thanks to the internet, Norsk Riskoto and Norsk Tipping are no longer the only games in town. The next time you belly up to an online poker game or lobby of online slots, take a look around you and you will discover that you are being joined by players from all over the world and in that mix will be many from Norway. As it turns out, hundreds of online gambling sites have welcomed Norwegian players with open arms simply because they play as much as anyone else. Some gaming sites are so fond of players from Norway that they will process transactions in Krones and have games in the most common languages written in Norway.

Stats from 2001 and 2004 show that the gross turnover from slot machines in Norway was NOK 9-billion (USD 1.035-billion) and NOK 26-billion (USD 2.990-billion) respectively. This represents huge growth considering that slots had only generated NOK 200-million (USD 23-million) in 1990 when they were not producing great returns against other games and lotteries in the country. In 2004, slot machines accounted for 64% of the gross turnover and a net turnover of 43%.

According to the online casino site norskcasinohex.com, the slot machine industry in Norway exploded. That was partly because there was a huge market for such gambling activity in Norway and that the slot machine world – particularly online slots – were, in a word, poorly regulated. This opened some doors and saw licenses granted through the 1995 Lottery Act. Granted, these slot machine licenses were only going to charitable organizations that saw fundraising potential go through the roof. Loopholes in the legislation provided private companies an opportunity to operate slot machines on behalf of charitable organizations giving both a share of the profit. Naturally, this caught the attention of the authorities and by 2002 restrictions were being developed.

The legislators of the time explained that limiting the number of slot machines at any given venue and placing stricter guidelines on the games was to combat another issue. They pointed to the influx of problem gamblers claiming that the increase was proportionally compatible with the number of slot machines that were operational across the country. Changes to slot machine legislation were introduced at the government level in early 2003, it got challenged by several commercial operators, and by mid-2007, slots were completely banned in Norway. But, once again, technology pushed gaming further in Norway with the introduction of interactive video terminals (IVT’s) in 2009. Players must have a special card to play on these.

5 – Norwegians Can’t Even Bank On Their Winnings

To show you how much control the Norwegian government has on gaming in Norway, it was in mid-2010 when a law was passed that essential handcuffed all gamblers in the country. The law prohibits any bank or financial institution in Norway from allowing their customers to use credit or debit cards issued by a Norwegian bank at either land-based or online casinos anywhere on the planet. The government is still trying to put laws in place to halt foreign companies from operating any gaming activity within the borders of Norway. Oh, and speaking of money…all Norwegians are required to declare winnings made in another country on their tax returns. That would be a focus on offshore online gaming activity.

It’s not easy to be a gambler in Norway. However, it is still possible – if you stick to the state-run operators or are careful enough not to get caught. With little in the way of enforcement, the more restrictions the Norwegian government puts in place, the more Norwegians you will find playing alongside you at your favorite online poker site.