How Big Can The Canadian Gambling Market Grow?

Logic tells us that the second-largest country by landmass in the World is a leader in the gambling industry. Canada not only leads in that arena, but it is also developing an incredible reputation related to the world of online gambling. In this article, we will look at why the gambling industry in Canada is doing so well and what the future holds.

The Rules Are Not Very Strict In Canada

It’s true. Gambling laws are not as harsh in Canada as they are in the United States, as we previously discussed. But it hasn’t always been this way. In the early days of the internet, it was illegal to register and operate an online casino within Canada. The Canadian Criminal Code spells out what is considered an offense concerning gambling in different forms. However, online gambling now falls under such a large grey area that enforcement is virtually non-existent. For example, the Criminal Code is the federal government’s direction on gambling laws. But keeping the order has been left up to each individual province or territory. No two provinces or territories have the same guidelines or gambling options. Some have their own online government-sanctioned sites, others do not. Offshore gambling sites are popular in Canada as they offer promotions and bonuses that Canadian-based online casinos (government-run and privately-owned) cannot match. The average Canadian is hard-pressed to turn down a good deal and signup bonuses are usually good deals at offshore sites. Plus, the laws are so vague regarding online casinos that make offshore sites technically illegal, but there is no mechanism in place to stop Canadians from joining them.

One thing is for sure that the Great White North is not the frozen white north when it comes to the internet. Sure, there are still vast areas without internet, but in most urban (and rural) communities, the internet is fast and reliable. Load speeds are crucial when playing any kind of game and if those games are of the real money casino variety, slow internet just doesn’t cut it. The Canadian federal government has pushed for reliable internet access for all Canadians and that has continued to happen. Proof of this comes from a report published in the February 2020 issue of OpenSignal. Canada came in at 25th place based on the average internet speed. Compared to the rest of North America, that is blazing fast. For comparison, the same report put the United States at 35th and Mexico further down the list at 61st. Now you know why every coffee shop in the country has free wifi!

One of the side effects of faster internet is better products. Online casino games were at one time just clunky and slow. As technology has advanced, so have the gaming capabilities available. Ten years ago, for example, playing slots online on a desktop was still a novel capability, and only some Canadian provinces supported online gambling to being with. Fast-forward to 2021, a lot has changed, including the proliferation of dozens of mobile apps available to all Canadians (check this resource for a list of mobile-friendly casinos). Technology always improves gaming outcomes, and the state of online casinos in our country perfectly reflects that symbiotic relationship between the two forces.

Canada also is home to a few software developers. One thing is for sure, Canada is a high-tech place to be where innovation seems to rule the day. With the internet being so reliable and faster in Canada than in some other parts of the world, software developers have given some of the standard casino games an extreme makeover. With slots that contain movie, TV, or pop culture themes and storylines, spinning the reels has become a form of entertainment on top of a game of chance. Live dealers are another creative use of the improved internet standards. Expect more exciting developments to come.

The Pandemic Helped The Industry

It may sound strange to say that the coronavirus is partly responsible for the success of the online gambling industry in Canada, but it happens to be true. It stems from closures and capacity limits implemented at Canadian restaurants, theatres, casinos, bars, nightclubs, and any other place of social gathering. Combine that with social distancing and self-isolation and no wonder people started turning to the internet to kill time. Oddly enough, more Canadians discovered online casinos during this time of spending most days indoors at home with a poor selection of shows to watch on TV. As a result, this discovery of being able to experience the casino life from the comfort of the living room couch caused a new trend to form. The new interest also led to the launch of many more online casinos around the world.

Speaking of things trending, the mobile device has been responsible for pushing the online gambling industry into the hands of just about anyone. And it makes sense when you think about it. The majority of us now have tablets or smartphones. In Canada, an impressive 88% of the population owns a smartphone in 2021 according to Statista. It isn’t hard to imagine trying to fill the time required during a cross-town commute to work on the bus. A handheld device allows you easy access to a gaming account and you may end up winning some pocket change while riding into the office for the day. In 2020, research conducted by the NPD Group found that online casino users had increased by 2% and online casino revenues had jumped 24%. This is why you find that almost all online casinos now have either mobile-friendly sites or a free gambling app that can be downloaded to your device.

Where It Is Going

According to a study by HLT Advisory, the online gambling industry in Canada is worth roughly $31 billion in gross sales each year. It it the biggest entertainment industry in Canada, as we previously mentioned. Out of that, about $14 billion in services are purchased. With the worldwide gambling industry expected to explode in the next few years to an annual income of over $180 billion, and Canada contributing a large chunk of that, the factors listed above will only push those Canadian figures higher and higher as reported by The Globe and Mail.

Canadians like to gamble. That’s probably why you can usually find a bingo night in any community from coast to coast. Online gambling is one of the top pastimes in Canada and it doesn’t appear to be slowing down any at all. This makes the safe bet that the industry will continue to grow and prosper. 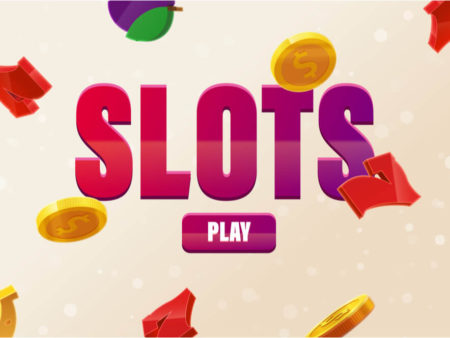 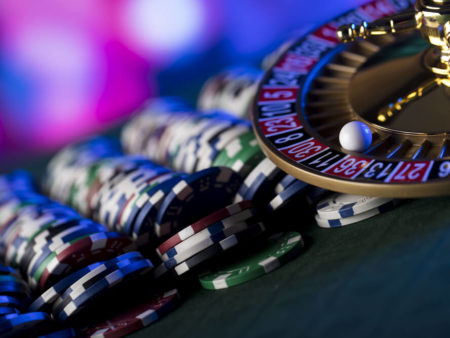