The Hybrid Poker Tournament of the Year is On 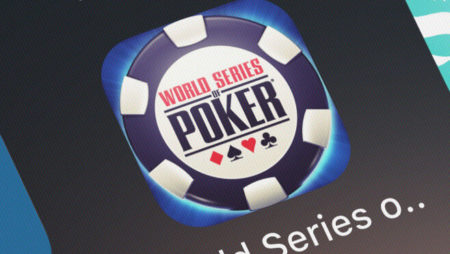 Recently, the World Series of Poker sprung a surprising, new, live, $10,000 hybrid online WSOP Main Event. The Event will play both in the US and internationally, and the two winners will ultimately play for $1 Million. The final US ables will play live at the Rio All-Suite Hotel & Casino in Las Vegas and the International players will face off at King’s Casino Rozvadov.

The US Tournament begins on Sunday, Dec. 13, and will include players within Nevada and New Jersey. The last nine players will return on Monday, Dec. 28 to determine a winner. ESPN plans to televise the poker event, with play-by-play by Norman Chad and Lon McEachern.

The International Tournament will play on Nov. 29, and Dec. 5 and 6. The final table is set for Dec. 15, playing at King’s Casino.

A WSOP Mix Up?

Rumors began to fly within the online poker community when the champ of this summer’s WSOP Event #77, the $5,000 No-Limit Hold’em Main Event, Stoyan Madanzhiev, began voicing his opinions.

The day after the new $10,000 Main Event was announced, Madanzhiev posted a certificate congratulating him on winning the Main Event, along with a picture of his WSOP bracelet. Madanzhiev also left this message; “So if I won the ‘51st Annual World Series of Poker Main Event’ What will this one be?”

WSOP Executive Director Ty Stewart sent out a press release stating that, “There must be a World Champion in 2020,” which caused confusion.

However, Madanzhiev is sure that he is the Main Event champion. In fact, the WSOP certificate he posted does indeed state that the tournament he won was the “Main Event” of the “51st Annual World Series of Poker.”

The certificate doesn’t say the poker tournament was the WSOP Online, or anything else. It definitely says Madanzhiev is the Main Event winner of the 51st World Series of Poker.

As an ambassador of GGPoker, Daniel Negreanu had signed off on Madanzhiev’s certificate. Negreanu says that he never stated that the GGPoker Main Event was the same thing as the $10,000 WSOP Main Event. He claims he clearly stated the terms in several interviews. His argument is that the GGPoker tournament was a $5,000 re-entry tournament, but the newly announced WSOP Tournament is a $10,000 freezeout.

Poker legend Shane Schleger joined the conversation, saying that WSOP officials making up this new Main Event seemed unethical. Schleger added that although the GGPoker tournament was played online, due to the worldwide Covid restrictions, it was still an “approximation” of the Main Event. The event over the summer, which Madanzhiev won, had thousands of players from all over the world competing for record-setting prizes.

Schleger argues that the new Main Event is a “Frankenstein monster”, with tournaments beginning on two platforms, and players traveling in person for the final tables in Las Vegas.

Schleger finally suggested WSOP simply hold the Main Event in Las Vegas at the Rio, since players were willing to travel. However, Negreanu thinks it’s safer to have just a few players travel rather than thousands. at which point Haralabos “Bob” Voulgaris, former pro-poker player and current Director of Quantitative Research and Development for the Dallas Mavericks, thinks the Final Event should be entirely played online.

Stoyan Madanzhiev is right to feel he was bluffed; it’s likely he won’t be considered the official 2020 Main Event champion by the World Series of Poker.

“He tweeted, “Looking back, if I had known I wasn’t playing the ‘actual’ WSOP, I probably wouldn’t have entered or even played.”

Unfortunately, this year has been full of upsets and confusion in the gambling world, due to Covid-19 travel restrictions and casino closures. While this year, the chips fell where they may, hopefully, things will be back to normal by next year. 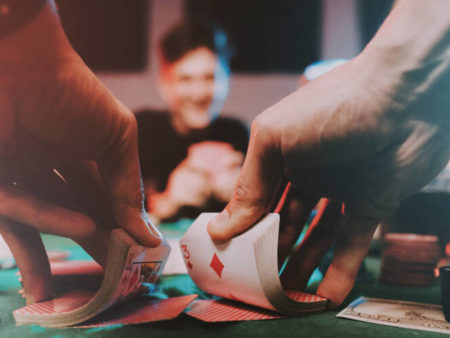