When To Double Down On Blackjack: Tips From An Expert 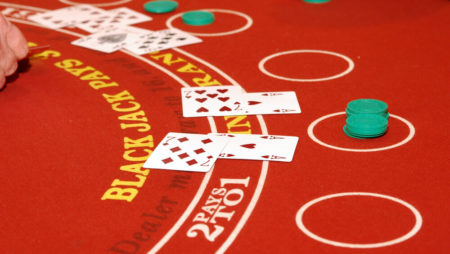 You have likely heard the term “double down” during a game of blackjack. It is a basic blackjack strategy that can prove to be very lucrative when correctly executed. But it has to be used correctly to be beneficial to your game. It is something that you have to be careful to use as it can also go against you. In this article, we will look at what the double move is, the strategy behind it, and review when you should and should not employ that strategy.

What Is Double Down?

The double move in blackjack is as it implies. It means you are doubling your bet when you feel you can benefit from it with your hand. The double-down move is also a vital part of any basic blackjack strategy chart as doubling down can increase your odds of winning a game. Professional blackjack players view the act of hitting (requesting another card dealt from the dealer) as a loss compared to doubling down. Naturally, it does depend on the situation. If you double down correctly, it can change your fortunes in an instant. However, it is important to note that while doubling will impact gameplay, it is not a simple move to be used recklessly or out of desperation to save a losing hand. The cards you are holding will help you to decide the right time to double down.

Understanding The Double Down Move 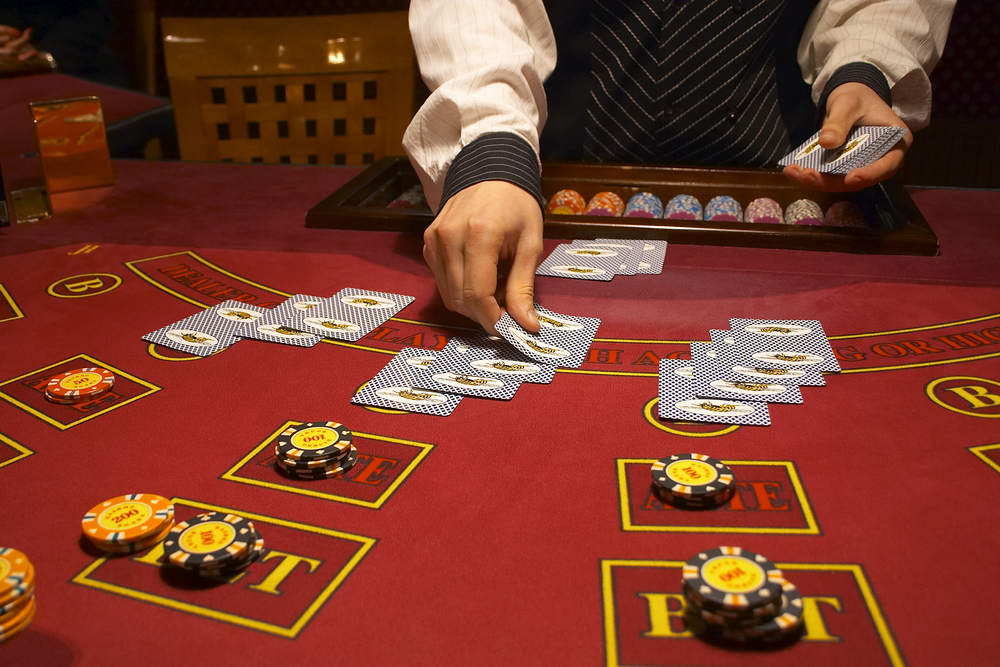 The RTP rate in basic blackjack is 99.50%. That is a high RTP compared to all other casino games. The RTP (return-to-player) figure is the ratio of your potential return compared to the amount you are betting. The RTP fluctuates following your wagering, which means you have a great deal of influence on the odds of you winning. When you have more control in the stakes with the double-down move, you increase your advantage at the table. In other words, a double move is a useful tool that should be used more as a secret weapon than a regular action. There are blackjack charts published that hint at doubling down frequently and, again, depending on the cards in your hand, it could work in your favor. But there is one hurdle you must navigate. That is knowing which variation of blackjack is played. Some variants have rules that state doubling can only happen when your hand totals 9, 10, or 11. Other rules are wide open as to when you can double. Others restrict doubling after splitting, although doubling after a split is usually a good move.

When Should You Double Down?

According to blackjack strategy charts, doubling down is a smart move that depends entirely on the cards in your hand. We’ve already said this, but it has to be repeated simply because it is fact. The complexity of blackjack does not lend itself to a handful of hard and fast rules. The complexity of the game will increase with multi-deck versions, variations on rules, and other factors like table or house rules. However, there are a few cues you can use that will help you decide the right time to double down. Here are four of the best examples.

The best initial hand in blackjack is a hard 11. Doubling on an 11 is almost always a winning move. It also works well should the dealer show a strong card. The only exception is in a multi-deck game where the dealer shows an Ace. When this happens, you’d be better off by just hitting instead.

There is a lot of strength in an initial hand of 10. However, that is still quite a bit weaker than an 11. The reason for this is that scoring 21 with a 10 is harder than with an 11. Still, blackjack experts claim that doubling down on a 10 is usually a good investment. But there is a disclaimer. If the dealer shows either a 10 or 11, the safe bet for you is to take the hit as it still gives you a good chance of winning that hand. Increasing your stake by doubling is not worth the risk of losing.

A soft hand contains an Ace so a soft 16, 17, or 18 is you holding an Ace with a 5, 6, or 7. Doubling down on any of these soft hands is not nearly as safe as it is with an 11 or 10. Plus, the card the dealer shows is going to have an impact on a soft double move. But there is a clue from that face-up card that can help with your decision. If the dealer shows a 7 or higher, hitting is the best move to make. There is also another consideration. If the dealer shows 7 or 8 and you have a soft 18, it could be better for you if you just stand. Why would you do this? If you have spent any time at online blackjack tables at sites like https://20bet.com/casino/slots you will have noticed that the virtual dealers stand at 17. When they do this, all you need to win is 18. Hitting on a 17 is risky, but standing on an 18 is a better call.

Simple math should tell you that a hard 9 is not nearly as strong as a hard 10 or 11. But, depending on what the dealer is showing, doubling on a hard 9 could be a smart move. The best odds of success with a hard 9 come from when the dealer has a face-up card of 7 or lower. If the dealer shows an 8 or higher, you would do better by just hitting.

Because the dealer has to show one of their cards face-up affords you a great deal of information in doubling down. One such example is when the dealer shows a weak, or low-value card. It can be a 2, 3, 4, 5, or 6. This is because even if a high card is the next one dealt, the dealer has less chance of beating you if you already have a good total. Essentially, if your hand is stronger than the dealer’s weak card and the possible next card for the dealer is a high one, then doubling down is most likely going to produce a win for you.

When Should You Not Double Down? 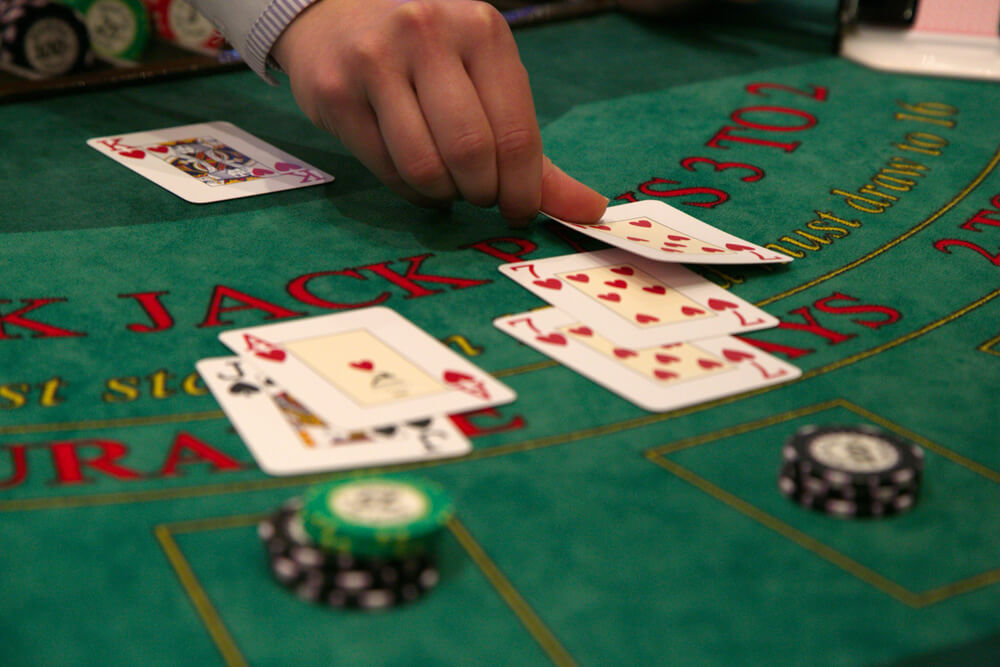 Now that you know five of the best examples of when you should double down, it is also good to know when to avoid making such a move. Again, the blackjack variations will alter these rules slightly, but there are two examples where you should never double. They are as follows.

As obvious as this may sound, it still has to be explained. When a dealer shows an Ace, it is one of the toughest hands to beat in blackjack. You never know what the face-down card is and the odds of it being a high card are also high. If the dealer does not have blackjack with the Ace, it will be a hard hand to beat. It is why you should never double down when the dealer has an Ace face-up.

Again, simple math should help explain why it is such a bad idea to double when you are holding 11 or greater. The odds of you busting are far greater than winning. It is as simple as that. Depending on what the dealer is showing, you may do better just by taking another card with a hit. But doesn’t that mean you could just as easily bust with an 11 or more? Yes, that is true. However, at least if you do, you won’t lose double the stake. It is a good thing to remember that if you have an 11 or more, you have one of the hardest hands to play and if you are likely to lose, it is better to lose without double the stakes in the mix.

How You Should Perform The Action

Doubling down at a blackjack table should be straightforward, but you have to communicate your intentions to the dealer. You do this by first placing your chips of either a lesser or equal amount of the actual wager on the table. You have to tell the dealer that you wish to either “double” or “double down” when you make your bet. This tells the dealer exactly what you plan to do just before you execute the move. It may sound obvious, but the motion is the same if you were splitting a pair so to prevent the dealer from misunderstanding, saying you are doubling or doubling down makes this clear. Once the dealer acknowledges your new bet, another card will be dealt.

When Doubling Down Hurts The Most

It is important to know when you double down, your new bet is only good for the next card that is dealt to you. Yes, this adds an element of excitement to the hand, but there is potential for disaster if you had a good position to start with. For example, let’s say your initial total is 10. You see that the dealer has a weak face-up card so you hit. You get a 3, but you can hit again and have the possibility of beating the dealer. However, if you had doubled down on that 10 and got dealt a 3, you would be stuck with a 13 that the dealer would not have to work very hard to beat. All the dealer would need is a 17 or better. So, this demonstrates why you must consider the potential outcome of doubling down before doing so.

READ
Which Is the Most Popular Form of Online Gambling

When you feel confident in your blackjack skills, you are likely to be open to making moves that may be a bit on the risky side you wouldn’t normally consider. One mistake that does happen from time to time is doubling down before the dealer’s face-up card is revealed. The idea behind doubling your stake is to win, but the leverage you need to make it a smart move with a higher probability of you winning relies on knowing what you are betting against. Sure, you may have an 11 in your hand and that is a great start, but if you double down before the dealer reveals their face-up card and it ends up being an Ace, you could be in serious trouble. Always wait long enough to see the dealer’s face-up card before committing to doubling down.

The Risk of Doubling Down 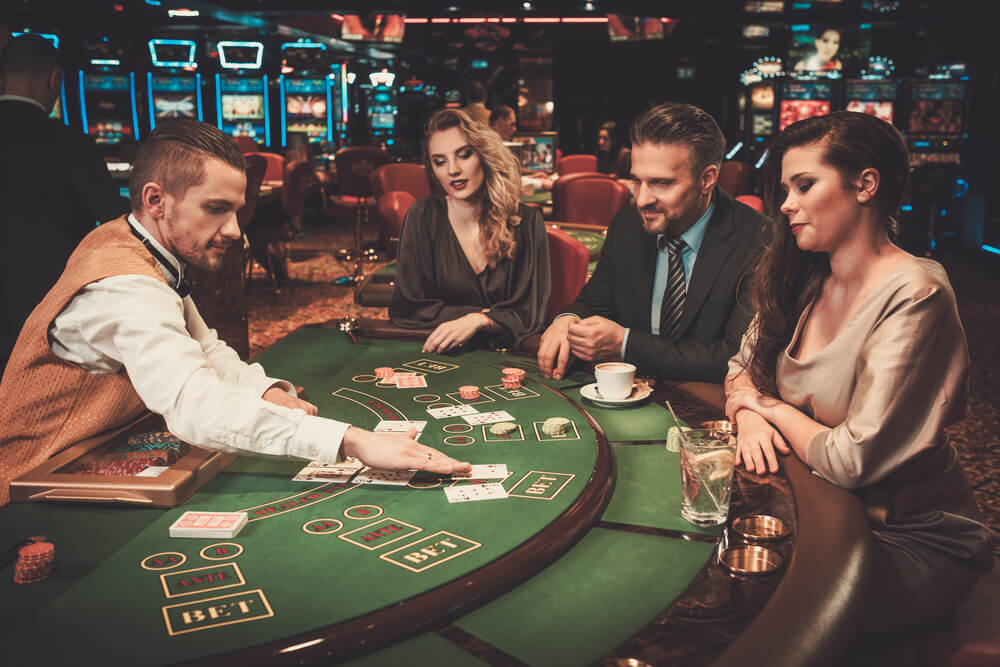 As has been explained above, doubling down takes some skill. This is why the double move must not be played too often. There are only certain circumstances where it can provide a financial return. However, there is a risk that should always be in the back of your mind. When you double down and the dealer wins, you lose twice the original bet amount. That can add up quickly if you choose to use the double move frequently. The best times to use the double down strategy are outlined above. They are not 100% foolproof, but they will increase your chances of winning hands.

Blackjack is a popular casino game. It has a high RTP percentage which is part of the reason for its popularity. Several strategies exist for playing blackjack. One popular move is the double or double down. It is a gutsy move, and when properly used, it can win you a lot of money. However, since it is a game played against a dealer, many possibilities can result. Not all of them benefit your game. The tips listed above should give you a good understanding of times to employ the double move and a few times when you should not consider it. Good luck!

double down on blackjack
Read More